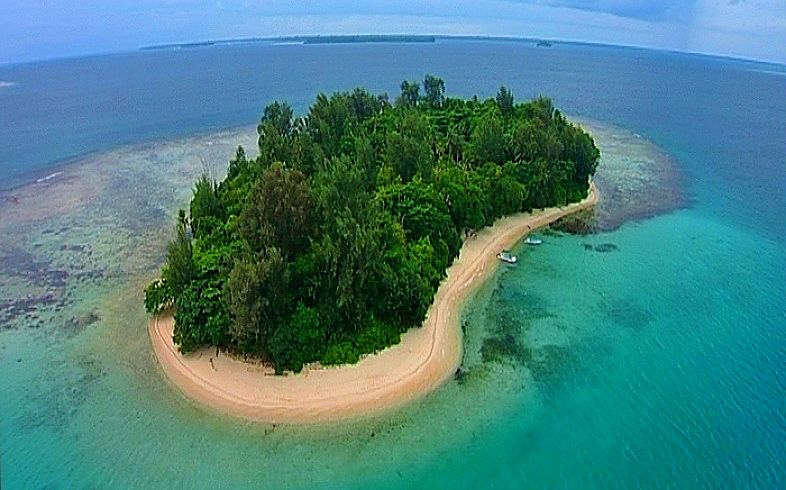 The resort is simple but comfortable - and there is nothing else on the island.

You will find 4 bungalows, a total of 7 rooms & a maximum of 14 guests. Paradise!

Lissenung Diving is a fully recognised member of PADI & a PADI Go Eco operator. They are committed to minimising diving impact on the ecosystem and to contributing to environmental, economic & cultural conservation. 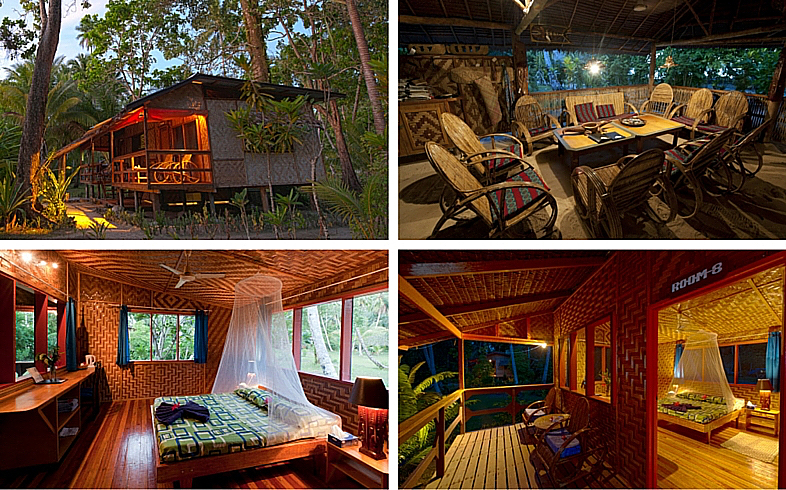 Just a short distance from Kavieng, Albatross Passage is a narrow channel separating two islands. When the tide is running, this channel is an incredible drift dive attracting huge numbers & variety of big fish.

Eagle rays, mobulas & manta rays glide effortlessly in the current, while numerous grey reef sharks gather close to the mouth of the channel.   Enormous dogtooth tuna and barracuda also look for a meal in the fast-flowing water and any number of shark species can turn up too.

At the northern end of the passage is a ridge covered in beautiful soft corals. If the current allows you to explore the ridge, all manner of smaller reef species can be found, including Leaf scorpionfish & pygmy seahorses.

Also just a few minutes from Kavieng is another large ridge starting in about 15m of water - known as Ecucha Patch. Here, an enormous school of barracuda often engulfs divers and impressive numbers of trevally often join in the show. Large tuna are frequently encountered and various species of shark are not uncommon.

Towards the north of the ridge, a scuttled Korean fishing boat that strayed into Papuan waters lies perfectly balanced on its side. Huge Queensland Groupers can often be seen around this wreck and the healthy covering of coral on the wreck is a tribute to the speed at which life can take root in this area.

In Kavieng Harbour are three WWII plane wrecks that make for very interesting dives. The Catalina Wreck was an American reconnaissance plane that exploded soon after take off. Sadly, there were no survivors. It now rests in around 20m of water. While parts of the plane are scattered over a wide area, it is still possible to sit inside the cockpit of the plane and cast your mind back to a bygone age.

There is also a Japanese bi-plane that is in excellent condition and provides a refuge to numerous smaller critters, plus another Japanese Sea-plane that makes for an interesting dive.

T's Reef is a very popular dive, with impressive gorgonians and a resident school of curious batfish. At Byron Strait, known by some as Eagle Ray Passage, two pinnacles teem with life and provide a backdrop to the numerous eagle rays that often dance in the current.

Similar to Albatross Passage, when the tide flows, a whole host of other large creatures can be spotted here, including oceanic whitetips and bronze whaler sharks. A little further afield, Kaplaman has a series of underwater pinnacles that almost break surface, where a huge variety of life can be seen.

The area is blessed with numerous other outstanding dive sites just waiting to be explored. On many sites, currents can be strong as water flows rapidly between the Pacific & the Bismark Seas, so certain dives are only recommended for more accomplished divers seeking adrenalin.